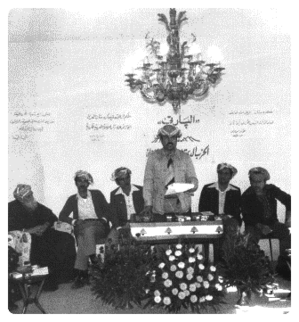 The KDP IN LEBANON was established on the

1st of JULY 1960 under the leadership of JAMIL MEHO.

Constitution legally authorized KDP in Lebanon to begin it's

Agenda among the Kurds in Lebanon.

Working to raise the living standard of Kurdish population in Lebanon.

Working for the benefit of Lebanese national unity and true social justice.

The KDP demand the implementation of the institutional law from existing governing body and require practicing its authority all over Lebanese soil.

The KDP support the all efforts towards peace and national unity in Lebanon.

The KDP demand the release of all political prisoners held in Lebanese jails, to close the old chapter and implement the AL-TAYIF agreement accordingly.

The KDP ask the Lebanese authority to support the general demands and rights of Kurds in Lebanon by providing necessary economical and political aid, the way it helps other ethnic minorities that the Lebanese constitution recognize and helps, therefore, allowing Kurdish representative to be elected to the house of parliament on behalf of the Kurdish community, and offer them jobs in government departments and local authorities.

The KDP demand from Lebanese authority to lift its ban on our party's political and social activities, to give us the same treatment as any other party in Lebanon.

KDP LEBANON support the Syrian kurds general demands in regard of their political, human and cultural rights.

KDP LEBANON support the wishes and struggles of the kurdish people in all parts of kurdistan ( Iraq,   Iran, Turkey ) for freedom and peace.

KDP LEBANON ask the international community and the civilized western world to offer help and assistance to the kurdish people the way it helped other ethnic minorities all over the world and accept their wishes for freedom and independence.

KDP LEBANON demand from all major kurdish political parties in kurdistan to put thei differences aside and co-operate and unite together for the benefit of the kurdish people in general.